As we said on our Home Page there is quite a bit of bad news around in the Bodybuilding World that has come along in the last few weeks. 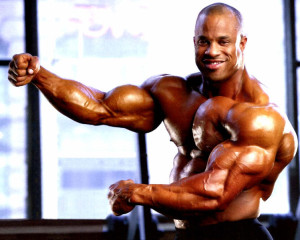 Of all the recent Bodybuilding Bad News that about Victor Martinez is, I suppose, the least bad.  This story I discovered only last week and it does not seem to be known about over here. It is of real interest because his career was just coming alive.  Many of you will know that Victor Martinez was the winner of the Arnold Classic Europe held in Madrid on October 8th/9th.  What you may not know is that when he returned to the USA via New York, he was arrested at the airport by the US Department of Home Security and was detained in an ICE [Immigration Customs & Enforcement] facility in Kearny, New Jersey.

Anyone held in such a facility would not be a US citizen. Victor Martinez is NOT a US citizen. He is a green card holding permanent resident in the USA.. He is a citizen of the Dominican Republic. Green card holders can go in and out of the USA like any ordinary American. Victor Martinez has been in America for ten years. These years have not been uneventful. In 2004 he was arrested and charged with supplying steroids and ecstasy. He was sentenced to 6 years but this was cut to 90 days and 5 years on parole with drug tests. This cut in sentence is an indication that he probably "co-operated" with the authorities and gave information on drug deals. He was again involved in a steroid investigation in New York in 2007 and he was identified as "an unindicted co-conspirator". This is a condition much disliked by lawyers since it implies some kind of guilt but without any specific charges that can be defended.

In 2009, Victor Martinez's sister was murdered.. He was not involved but his name appeared in the police paperwork yet again.

Victor Martinez has been in India and Germany this year and has returned to the USA without problem. However, a green card has to be renewed every ten years and it seems that Victor Martinez went to Spain as his green card came up for renewal. We don't know why he did not renew it beforehand but it may be that he was advised that with his criminal record it could well be that he would not be granted a new card. So he has been arrested and bail has been refused. He will appear in court on 6th January, when it seems likely that he will be deported. This seems to be a pity now that his career seems to be progressing and he has a gym in America that is coming along quite well.

I struggled to collect this story via American newspapers and the internet. Why has no bodybuilding magazine reported it. It seems that any bad news is deliberately ignored.

Top US Pro Bodybuilder, 37 year old Art Atwood, died on 11th September 2011. He was walking alongside the swimming pool at his home in Dallas, when he suffered a massive heart attack and fell into the pool. He was pulled out by neighbours and taken to hospital where he died a couple of hours later. A subsequent post-mortem examination showed that he had suffered a smaller heart attack a few weeks earlier. Apparently, heart disease runs in the family and this being so, living the bodybuilding lifestyle and weighing around 300lbs was probably not conducive to good health.

Art Atwood was a really nice guy. He was the star at the UKBFF South Coast Show a few years back and he related well to fans without the arrogance that some bodybuilders suffer from. His was not the most aesthetic of physiques but he certainly carried a lot of muscle. He will be missed. 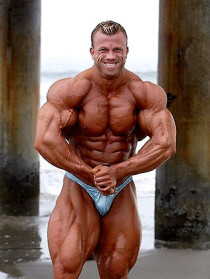 Australian Pro Bodybuilder, Luke Wood, also died in September. The cause of death in his case was said to be acute liver failure. Luke Wood was only 35 years old and he retired from competitive bodybuilding in 2009 because of liver problems. However, he had undergone a kidney transplant operation and it seems that the final cause of death was a series of complications after his body rejected the transplanted kidneys..

I know nothing of Luke Wood's medical history but it is difficult not to conclude that his problems were not unrelated to his bodybuilding and his dietary supplementation. Perhaps, but apparently healthy young men should not be dying at 35 with liver or kidney problems.

Nevertheless, Luke Wood was one of the top physiques ever to come out of Australia and was said by many to have been a hell of a nice guy.

Syrian Bodybuilder, Mahmoud Ibrahim Ahldidi, died in Mombai [Bombay] on 4th November 2011. He was in the city for the Men's World Bodybuilding Championships. He was a competitor in the 75 kg Class. The cause of death here seems to have been severe dehydration. He had been feeling ill before the weigh-in and was taken to the venue in a wheelchair. When he got up and stepped towards the scales for his weigh-in he collapsed and hit his head on the ground. Yet again, his immediate problem was a heart attack but in this case brought on by the dehydration. He was taken to the hospital only after he started vomiting and became unconscious.

This story seems almost impossible to believe. If it was known that this competitor was so depleted by using diuretics he should have been taken to hospital earlier and never mind the contest. The IFBB does test for diuretics but maybe not soon enough.