Other News from The Forest Gym

Wedding in The Forest Gym 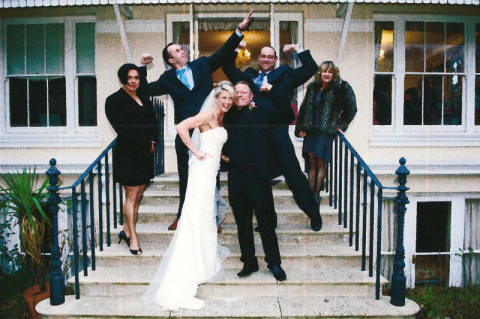 In May 2011 Ian Denman and Lorraine Soutter tied the knot and followed up with a great reception for family and friends — many from The Forest Gym. The picture shows the happy couple with members of The Forest Gym — from left to right : Rene Campbell, Stretch, Big H and Karen Marillier.

Ian and Lorraine are already mapping out their programmes for next year and we expect to see both of them at the UKBFF Finals again. 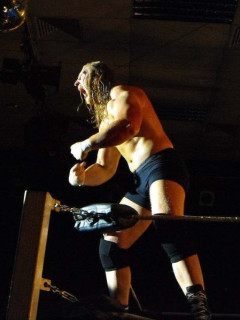 Forest Gym member Big Jon Kocel has taken up with Extreme World Pro Wrestling and is making good progress. He has been with the organisation for over 18 months and so far has had 15 fights, all of which he has won. In 2012 he wants to branch out into Europe and possibly Mexico as well.

Jon is a big man — 6ft 6in tall and weighing 20st — and, in addition to his wrestling has also being getting parts in various films. One of the most recent was the biopic, The Wee Man, which charts the early life of Glasgow gangster, Paul Ferris. 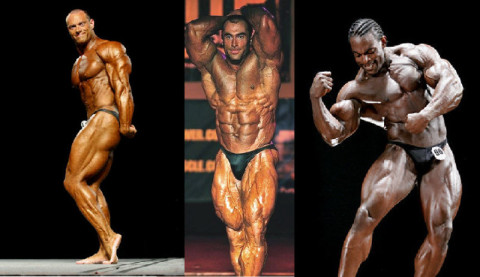 Alvin Small and Daz Ball are planning to come down to The Forest Gym in the next few weeks for some serious heavy training. Three of the biggest and strongest Bodybuilders in Britain will be here for a power workout. Should be something quite spectacular and there will be lots of our members coming in that day just to watch. All three will be competing next year and we can expect some ego-powered hard work. 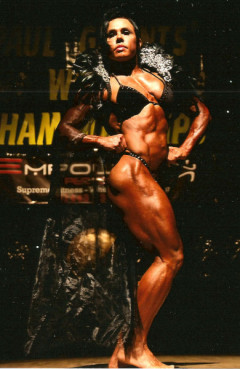 Rene Campbell did a Star Spot the UKBFF Welsh Show on11th September 2011. She had a great routine and looked terrific. See picture

The week after the UKBFF British Finals 2011 where she was such a convincing winner, Flex magazine spent a whole day in the gym taking pictures, which will appear soon in the magazine.

Rene is in the Gym every day and would like to encourgae many more women to take up serious training — both for keeping in good shape or training for competition.  She is a great example of what can be achieved.

There are lots of reasons not to be a bodybuilder. To get to the finals and to win requires a lot of hard work over many years with many sacrifices, a lot of money for food and supplements, living on a clean diet year round and a determination not to be put off by the many distractions. At the end of it, the reward is usually no more than the satisfaction in knowing that you have succeeded. But so many men and women keep trying and the standard of the competitors at the UKBFF Finals was a tribute to all their efforts. Well done everybody.